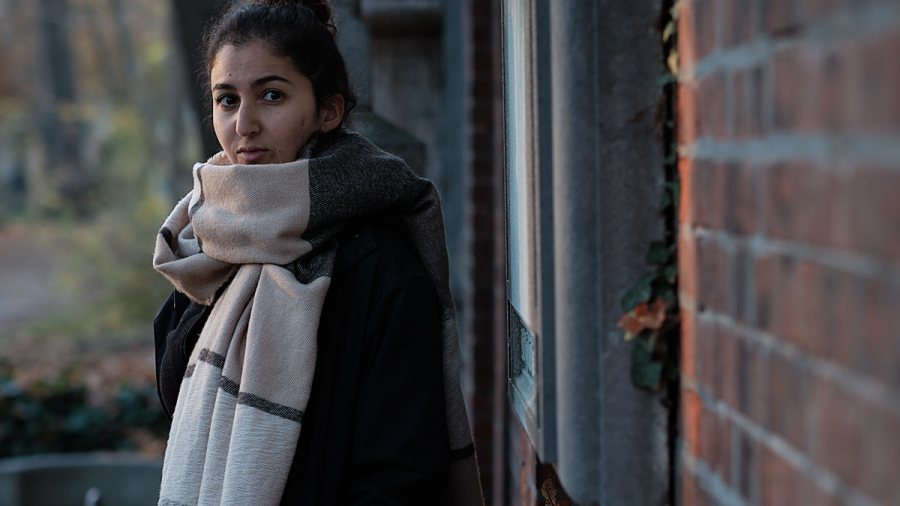 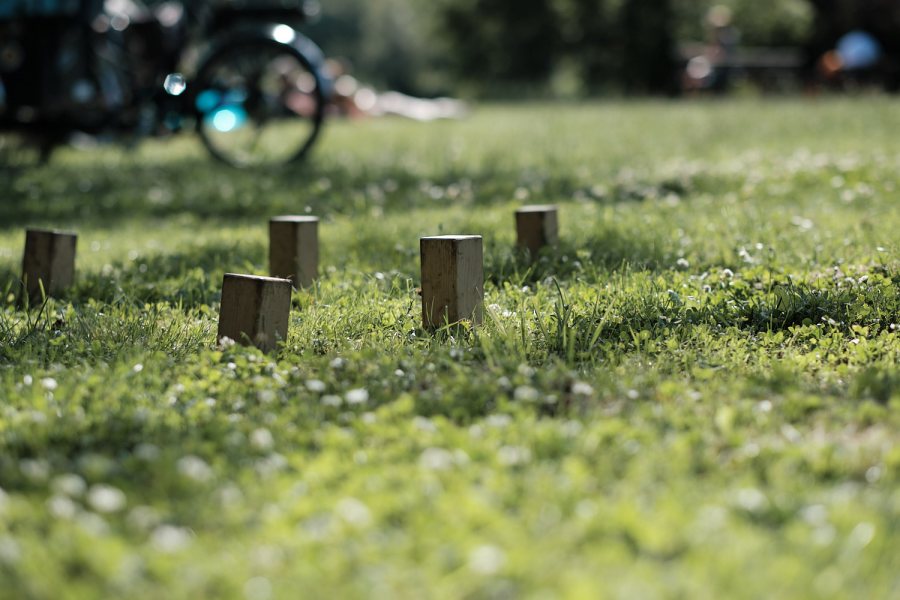 Sunday on a mid July afternoon at the lake, friends, a game of Kubb, laughter, competitiveness, teasing, focusing on the marks, joy, excitement. Winners and losers dining all together at sunset. 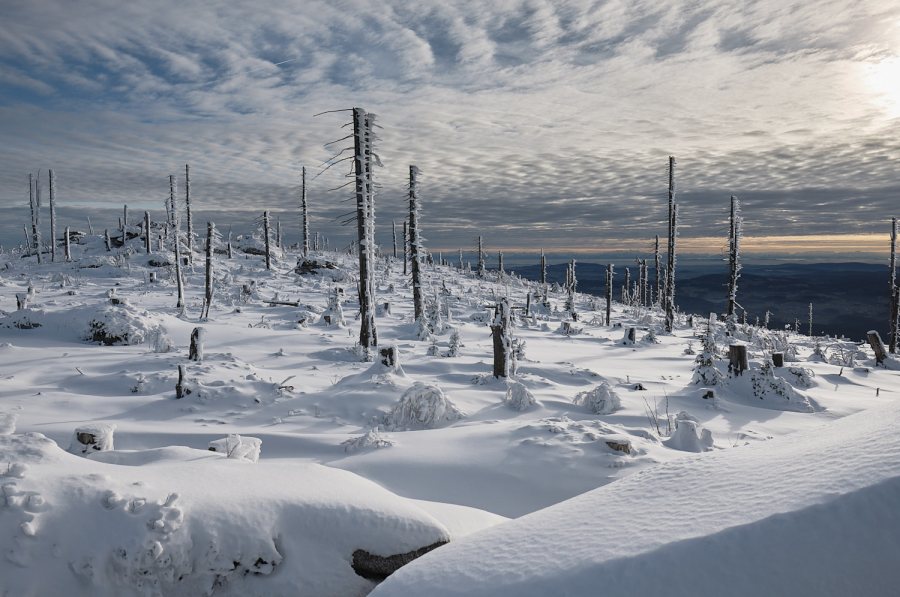 if the weather plays nicely, the winter dry air and the low sun beams cast a dramatic view of the Alps seen from the Dreisessel in the Bayericher Wald. Almost at every second step one feels compelled to awe at the view. Having a camera on hands leads to a struggle to strip down and select what photographs best convei this feeling. 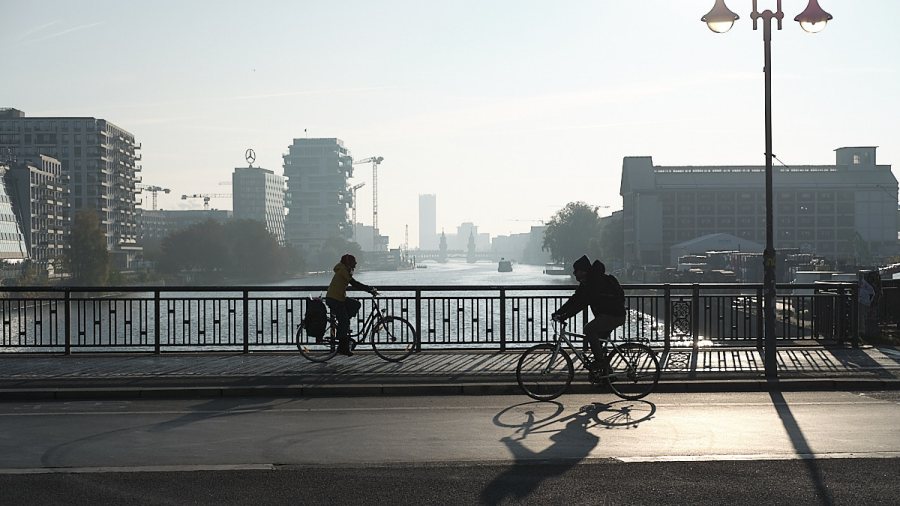 The Berlin Ostbahnhof north of the former Berlin Wall sets a pivot point between the DDR time pre-fab concrete buildings on the north and the new developments along the Spree. Train eleveated lines and tunnels are all that common of Berlin.

The East Side Gallery with the large section of the Berlin Wall lies north of the Spree between the Schillingbrücke and the Oberbaumbrücke.

South of the Ostbanhof, the Kreuzberg sets a surreal world of graffiti. The graffiti becomes more prominent under the light of the late afternoon. Until night sets and the lights of the city show us a new landscape of light.

The monumental Berlin looks unusually raw as seen in a Saturday morning walk naked of people and tourists. The markets are not yet set, the streets are empty, breakfast places seem to wake up lazily to our demanding hunger. The sun raises and send us a few sunbeams behind the mostly overcast sky.

East of the Ostbahnhof the Berlin Ostkreuz sets the eastmost transport hub of the city. Dozens of little cafes and restaurants alite the “Neue Banhofstraße” as the sun sets. 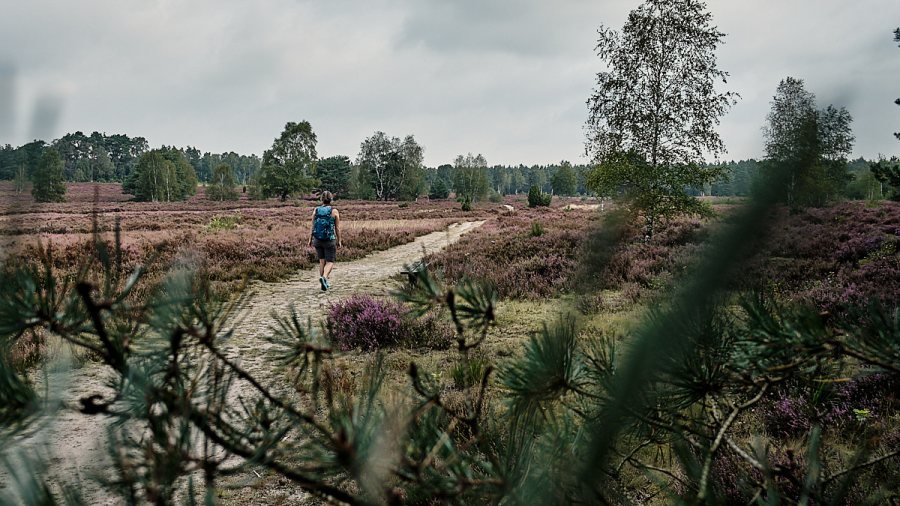 in the Lüneburger Heide, north Lower Saxony, a heath landscape took shape as a result of years of shepphership on region of thin soil, once shaved by glaciers of the ice age. Sheppherds still go about their business in the area, and attract the attention of wanderers and tourists.

The heath blossoms in Septmeber and it can offer unhindered views across kilometers of plains with clear skies. Here and there you can see bee hives that with some luck may render the sought after heath honey. Even some basket hives are still in use (Lüneburger Korbimkerei).

The late afternoon of September offers brilliant hues of blue, yellow and purple, oftentimes traced by grassy or sandy paths. As the sun hides behind the west, the heath starts filling of shadows and a mantle of silence envelopes you.

in the late Sunday afternoon after a hot day the air is damp and full of life. Going out for a photographic walk in the garden in the golden hour can offer chances for some good pictures.

Young folks enjoy the sunset on Sunday hanging around and about the foundry bridge structure of the Hackerbrücke in Munich. The arch bridge is one of the last remains of the 19th Century and went through a partial reconstruction after the WW2

A day in Keukenhof is a day surrounded by thousands of visitors from al over the world. Call it the Instagram effect maybe. But a late evening in Keukenhof, even if only for one hour, is worth it. Every ten minutes the light changes, and will become quieter and quieter.

Photographed with film simulation PROVIA. No post-processing for color was made.

Close Search (ESC)
Close Search (ESC)
25 years after I put my old camera aside, chance brought a Fujifilm X-E3 into my life. It felt like the old Nikon I used to borrow from my father on my first photographic forays. My left hand met the aperture dial at the lens, as my right thumb and index finger wrapped the shutter wheel. There is no stopping now!
Adams-Lehmann-Str. 51
80797 Munich
Germany
hugo.ormo@icloud.com